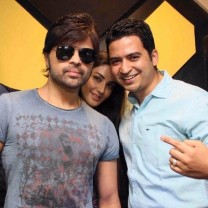 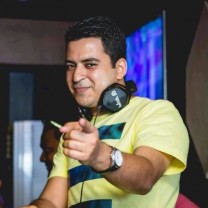 DJ Vispi a.k.a Vispi Manjra a professional DJ from Pune, India. With an experience of over a decade as a DJ his extensive range of music collection ranging from Hip-Hop, Reggaeton, Dancehall through to Funky House, Electro House into Psy Trance and not to forget the most loved music in India, ‘Bollywood’; enables him to satisfy and deliver any style asked by the promoters. DJ Vispi has a mind to understand his audience and their likes, also being a Professional Emcee helps him to connect with the crowd and motivate them to be on the floor.

DJ Vispi basically comes from a non-musical family but grew up listening to Classic Retro and Indi Pop music. Right from the beginning he had an inclination towards music.

DJ Vispi learnt DJing from the very well known ‘Decibels Denon DJ Academy’ (The First Authorized Denon DJ Workshop in India) and as a matter of his passion and liking he very soon succeeded in becoming a successful DJ.

Well that was just the beginning. No sooner did he complete his course, he started getting private parties from the institute itself. Till date, he has performed at more than a thousand private and corporate parties and his escapades have taken him to almost all the well-known nightclubs in Pune. DJ Vispi has done several parties at Amby Valley (Sahara City) Lonavala and has made the clients go gaga with his music. His New Year bashes and Holi parties have also become significant events in town where every year we witness an approximate 4000+ crowd.

DJ Vispi served as an inhouse DJ at one among Pune’s finest clubs – 18 degrees rooftop, for a period of 15 months.

DJ Vispi has been the Official DJ for 3 consequent years for the Pune City FC team at the Hero Indian Super League, the team co-owned by Hrithik Roshan.

Just as a matter of fact to prove it to the people and to be identified as the best DJ in town, DJ Vispi took part in the War of The DJ’s competition, and won the
WINNER OF WAR OF DJ’s in 2009.

DJ Vispi always makes sure that his first priority is crowd reaction because he believes that music that reaches your heart can make anyone and everyone happy.
Always keeping the crowd grooving and up on their feet is the prime agenda on hismind. Being up-to-date with software and new technologies is crucial in any line of
work. Therefore, he spends hours in collecting latest music and more importantly getting it sorted and analyzed.

Dj Vispi has produced 3 massive albums till date, MIDNIGHT FREQUENCIES – VOL 1, 2 and 3, and over 30 single remixes. All of them have got amazing response.

The latest addition to Dj Vispi’s performance is the Audio – Visual Experience. He is among the very few DJ’s in India to have mastered the skills of VDJing. It means
performing not only with audio but also video. The tracks that you hear are projected on the screens giving a visual treat to the audience.

Just due to the immense hard work and passion that he puts in his DJing and giving his best in each and every performance, you can always see the crowd cheering and appreciating him for doing his job wonderfully well.

If someone ever asked him why he thinks he is better than anyone else in the field, DJ Vispi’s impromptu answer is “I Love My Job, That’s Why I Do It Better – DJ Vispi”.